← more from
PRAH Recordings
Get fresh music recommendations delivered to your inbox every Friday.
We've updated our Terms of Use. You can review the changes here. 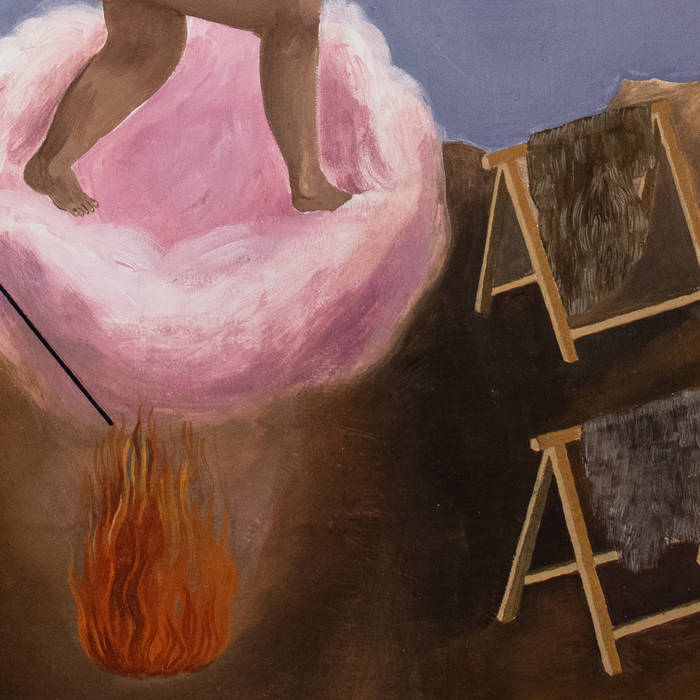 'A Cloud' is the first track from the second album by MF Tomlinson, which will be released on PRAH Recordings (the Umlauts, Pozi, Group Listening) early 2023.

It is accompanied by the first part of a theatre, dance, and film work conceived, directed, and choreographed by MF’s collaborator Daisy JT Smith. The album and the film will be unveiled piece by piece throughout the year.

More about 'A Cloud':
A curious, dream-like snapshot into Tomlinson's psyche, it is about how painful it is to live without your innermost desires. MF explains... 'It is, in the same breath, about how beautiful life is despite all of its sadness, and how even the smallest moments can satisfy your spirit. It begins where Strange Time leaves off, in my apartment. From my window, we move through scenes of the street, through memories and hallucinations."

Outside my window
There’s a cloud
Floating overhead
Instead of rain, it dropped a rope ladder down
That dangled just too high to reach

It floated merrily, merrily, merrily across the ocean
Over the water
The rungs of the ladder
Skipping off the highest waves
Getting caught on a mountain, one day it came down in the cold
In a blaze of colour and gold

And I cried out ‘If I was a just a little bit taller,
Think of all the places I could soar’
But to live amongst these lights so long
Is what I moved to the city for

Outside my window
What’s this I see?
That little cloud is coming back
With an olive branch between its teeth
It says, ‘Next time come with me’

And just at that moment, you came home
And that cloud scurried off - they scare easy you know
And for a second there I was all alone, by my window

An eclectic singer/songwriter “who seems to use music as a means to excavate within the soul” - Clash. Primarily a storyteller, MF Tomlinson negotiates styles as varied as acid folk, soul, alt country & chamber pop to create a singular presence. He achieves this genre fluidity with the help of a close-knit group of collaborators he calls “the MFs, because they’re all very talented motherfuckers.” ... more

Bandcamp Daily  your guide to the world of Bandcamp

Sampa The Great joins the show to discuss her release, "As Above, So Below".